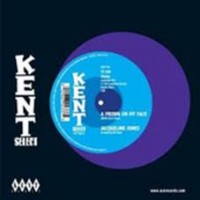 The Mighty Whites' 'Given My Life' has been the Modern Soul hit of the last 18 months< popular on the European circuit through Dave Thorley's DJ spins and on the funkier end from Dean Rudland, as well as being a 100 Club classic in the making. The later disco version by Brotherhood on MCA comes nowhere near the quality of this earlier soulful take. It is coupled with the in-demand 1974 Loadstone crossover classic by Jacqueline Jones, 'A Frown On My Face', which gets harder to find and more expensive by the month.

Mccall, Toussaint/natural Resources
I'll Laugh 'till I Cry/if There Were No You