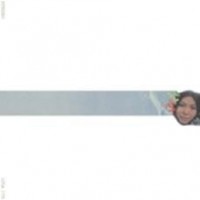 Often regarded as Japan's first female singer-songwriter, Sachiko Kanenobu created an enduring legacy with 'Misora', a timeless classic of intricate finger-picking, gently soaring melodies, and rustic Laurel Canyon vibes. Originally released in 1972 on URC (Underground Record Club), one of Japan's first independent record labels, the Haruomi Hosono-produced album remains one of the most beloved works to come out of Japan's folk and rock scenes centered around Tokyo and Kansai areas in the early 1970s.