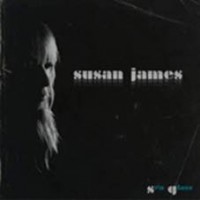 Susan James' sixth album, Sea Glass, is a glorious swirl of folk melodies and heart-swelling harmonies. It was originally released in 2015. She describes it as post-modern folk-rock. It was arranged with the help of High Llamas multi - instrumentalist, Sean O'Hagan. His influence on the arrangements - informed by Brian Wilson - is clear to see. O'Hagan compares James to '0s artists Judy Henske and Nancy Priddy.