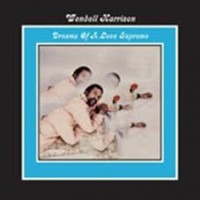 A monster album from 1980 that features an all-star line-up that includes Phil Ranelin (Freddie Hubbard, Solomon Burke, Mulatu Astatke) on trombone, Harold McKinney (Tribe) on keyboards and Roy Brooks (Yusef Lateef, Chet Baker, Mingus) on percussion. Although you can hear the '80s creeping in with a smoother sound, more synths, and disco/R&B vocals, this remains a very spiritual (and soulful) jazz record. The record-s an irresistible blend of soul jazz combined with funky electric instrumentation, a groovy sound which is very much of its time, yet overtly timeless and as relevant today as it was back when it was initially released. This official reissue is available as a deluxe 180 gram vinyl edition (limited to 500 copies) and comes with an unreleased bonus track.