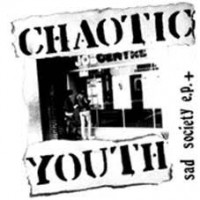 Hailing from Beith, Scotland, Chaotic Youth are still one of the best kept secrets of 80's uk punk. Their long out of print and extremely rare E.P. from 1982, "Sad Society", is an abrasive gem of pure UK82 sound... raw, angry, mean and catchy in all the right proportions, the powerful testament of a band that broke up too soon, disappearing not long after its release.It finally gets a well-deserved first vinyl reissue here, gathered with the tracks the band released in two compilations> 'A Country Fit For Heroes' and 'Total Anarchy' and making it the definitive collection of a great band that could stand proud next to the big names. 7 tracks of pure and glorious Uk82 mayhem!

Valves, The
Robot Love / For Adolfs' Only