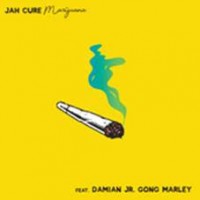 An anthem for supporters of the hemp movement and ganja smokers everywhere, the latest single (and video) from Jah Cure features a step out with Damian "Jr. Gong" Marley! "Marijuana" will be released as 7"inch single in a picture sleeve and has an exclusive instrumental dub version on side B. The song is mixed by James "Bonzai" Caruso and a co-production by Frederick Seymour, Anwar McDonald & Jah Cure. It is the prescursor for the forthcoming new and eagerly awaited full length album.

Aggrovators
Aggrovating The Rhythm At Channel One