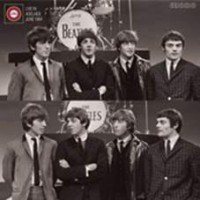 The Beatles' first concert in Australia was at the Centennial Hall in Adelaide and was recorded for broadcast by the Sydney radio station 2SM on June 12th 1964. The group played two sets on two consecutive nights at the venue, performing the same ten songs each in each show. 300,000 people lined the 10/mile route between Adelaide Airport and the city centre in the hope of seeing them pass by.SIDE 1>1. I Saw Her Standing There2. I Want To Hold Your Hand3. All My Loving4. She Loves You5. Till There Was You6. Roll Over Beethoven7. Can-t Buy Me LoveSIDE 2>1. This Boy2. Twist And Shout 3. Long Tall Sally4. Adelaide Press Conference