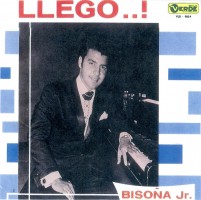 In 1968, the Sello Verde received the pianist Julio César Vásquez P. after his absence from Venezuela for eight years, in which he worked in various countries such as Mexico, Cuba, Panama, Los Angeles (California, USA) and GuatemalaWith this background he formed a sextet in his own country and this album is the result of this meeting.For this year, the label presents a technological advance called Environmental Sound, described as an effect after the cutting process in search of improvements in the volume of the recording and the elimination of sound disturbances typical of the registration sessions.Something special in this work is the inclusion of steel pan, which give it a differential flavor.Among the songs on this album is a tribute to Ray Barretto (which starts with Ritmo Sabroso-Louie Ramírez & Ray Barretto- and continues and ends with songs like Berto's Madness -Phil Díaz & Norberto Cruz- and Cachondea-Cheo Feliciano & Nick Jiménez - which were played by Joe Cuba).You can also see covers like 'For you' by Mongo Santamaría, 'Manteca' by Luciano 'Chano' Pozo, 'Ay!Le Dieron' by Joe Cuba or the boleros 'Cuando Quieras Ven' by Armando Manzanero and 'Cosas del Alma' of Pepé Delgado.