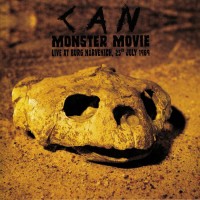 Recorded live in July 1969 during the same sessions that gave birth to their classic debut album "Monster Movie". The album contains rawer versions of classics tracks such as "Yoo Doo Right" and "Outside My Door". Holger Czukay bass, Jacki Liebezeit drums, Michael Karoli guitar, Irmin Schmidt organ and Malcolm Mooney vocals. This was Can at the very beginning of their career, before they would become wide ly known as one of the 70's Krautrock most iconic bands. A full catalogue of minimal grooves and extended song forms that would influence generations to come.TracklistSide oneFather Cannot Yell Mary, Mary So Contrary Outside My Door Side Two Yoo Doo Right