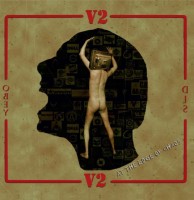 V2 formed in March 1977 evolving from the early Manchester punk scene based around the legendary Electric Circus venue. Of the four Manchester punk bands around at the time, The Fall, Buzzcocks, V2 and Warsaw. V2 were the ones who fell to earth> 'as subtle as flying buzz-bombs' and destined for the same early grave.This LP compiles both of their classic singles 'Man In The Box' and 'Speed Freak', their withdrawn third single, 'Is Anyone Out There?' and various studio recordings that never saw the light of day, packed in a full colour cover with insert detailing the band's history.

Puppy And The Hand Jobs
I Eat Abortion Ep