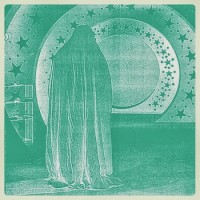 Repress!!Best price! Pearl Mystic is an absolutely thunderous statement of intent for Hookworms after a portentous couple of years of live shows and limited releases. Their live shows continued to increase in intensity, with impressive festival appearances at Beacons, Liverpool PsychFest and Supersonic cementing their reputation treading the boards. Live and on record, like Spaceman 3, they pointedly subvert the tripped out sound environments of psychedelia with a darkly malevolent punk menace; unlike J.Spaceman et al, theres no chemical assistance, these concepts and feelings come with clarity, and hit all the harder for it. The LPs themes focus on a deeply personal narrative surrounding a lost relationship and a battle with depression that at its worst brought about, as MJ, puts it "a half-hearted suicide attempt". Thus songs like Away/Towards (a finer opening to an album you couldnt hope to hear) possess a gargantuan build-and-release infectious energy that juxtaposes with a subtext of a bi-polar approach to coping with loss. Preservation, too, is in keeping with the groups live shows, though deals with existentialism, whilst several Raymond Carver influences are scattered in and among the bold textures of sound. In Our Time is perhaps the closest thing to escapism on the LP, about a hill MJ would cycle up near Otley in Yorkshire after the end of his relationship, because it possessed his favourite view in the world. Since We Had Changed meanwhile is almost mantra-like in its constancy, new percussive elements joining those already on the record, whilst What We Talk About returns full circle to the first tracks themes of depression, and emerges from mixed field recordings including a backwards taping of a Hare Krishna lecture played down the studio corridor. The record was recorded and produced in MJs own Suburban Studios - where hes worked on records for Mazes, Eagulls and Spectrals among others - and he admits he enjoyed the greater freedom he could allow himself on his own project. Years of acclaimed production work have given him a great understanding for blending together the abilities of both man and machine. "My vocal style, for instance, has been informed by the Roland Space Echo" he points out. "The delayed vocals originated as a comfort blanket for the low confidence I have in my voice, but I have since learnt to sing with the machine - I understand its limitations and breaking points." Certainly the production is lush, erring on the lo-fi side but contrasting that with a sense that every element has been pored over and deeply considered. Indeed, the most impressive thing about Hookworms is that, through this torrent of emotion, through their wild motorik and their thick slabs of noise that threaten to spill over, theres always the sense that theyre in control of it all, so committed are they to this catharsis that they refuse to throw any of it to chance.

Yen Pox
Between The Horizon And The Abyss (2lp)

Bevis Frond
It Just Is (2lp)