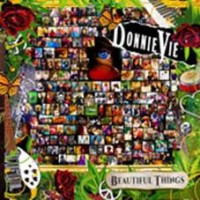 Donnie Vie is one of rock's biggest secrets who has been crafting melodic power pop and rock songs for over 30 years. He and his band Enuff Z'Nuff were instant critics' darlings with a debut record that soared up the charts generating two long playing MTV hits, a "Top Pick" from Rolling Stone Magazine, and inciting numerous TV and radio performances. This collection of songs is a wonderful addition to the legacy Vie has constructed over the last four decades, but not just that, these are songs we'll remember for years to come. These are songs to keep in your heart and let out when you need to get back from the blue.