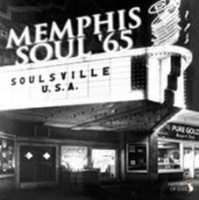 Memphis was really jumping with black music in the early 1960s as its new studios began to attract the notice of major record companies like Atlantic Records. By 1965, Stax Records was a true Memphis powerhouse and as it became successful enough to manage its studio for its own contracted artists, it closed its doors to outside productions. But a few singers just nipped in under the wire, and these unofficial Stax productions form the major part of this collection.SIDE 1>1. Louie Palmer / Don't Leave Me2. Eddie Floyd / Make Up Your Mind3. Lattimore Brown / I'm Not Through (Loving You) 4. Ted Taylor / Dancing Annie5. Homer Banks / Sweetie Pie 6. Bobby King / What Made You Change Your Mind 7. Francine Carr / Papa's New Bag Ain't Nothing But A Hag SIDE 2> 1. George Jackson / Tender Love 2. Chris Harris / You Really Fooled Me3. Roy Arlington / Everybody Makes A Mistake Sometimes4. Larry Blakely / Born Loser 5. Willie Cobbs / Mistreated Blues6. Jeb Stuart / A Whole Lot Of Tears 7. Four Kings / Early In The Morning

Various
Hang It Out To Dry!