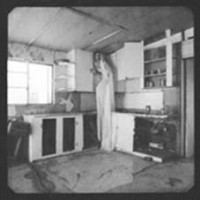 Limited Edition White Vinyl LP of Vera Sola's debut album, for Indie Stores only. Vera Sola, the American/Canadian poet, vocalist and multi-instrumentalist released the first single from her now, critically acclaimed debut album 'Shades'. Though alternately cast as the 'Lost love child of Leonard Cohen and Nancy Sinatra,' 'Nick Cave in the role of Staggolee,' 'Patsy Cline fronting a minimalist Warpaint' and 'PJ Harvey at her most irate, teeth-bared,' she's still very much 'an utterly singular talent.' The entirety of 'Shades' was written, recorded, arranged and produced by the artist.