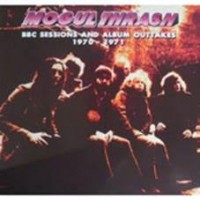 UK prog fusion group formed in 1969 as James Litherland's Brotherhood. According to some sources it was Brian Auger's idea to rename the band, avoiding confusion with another RCA signing called Brotherhood. In effect Mogul Thrash became the missing link between several bands... Colosseum, King Crimson, Average White Band, etc., and their style of brass rock meets prog and jazz was very creative mixing in a wide range of influences, notably rooted in the early Colosseum sound.