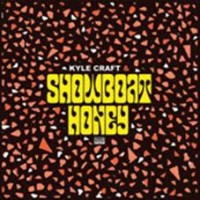 The third LP from Sub Pop's Kyle Craft is also the first he's made with a full-time backing band. They're called Showboat Honey, and the album that they've helped create is also called Showboat Honey. Craft cuts a charismatic figure here, presenting an impassioned rocker schtick ala Ezra Furman but with a bit more grungy bite in his grooves.