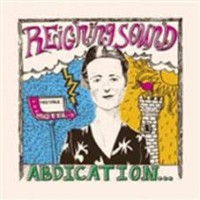 Red vinyl + coupon for full album download.When he was approached by Scion in 2011 to make an album for the music promotion arm of the car company, Reigning Sound frontman Greg Cartwright found himself unable to refuse - despite his band's tenuous existence at the time. In two days, Cartwright with Dave Amels (Reigning Sound, The Jay Vons) and Dan Auerbach from The Black Keys cut five songs. They paired these five with three outtakes from the previous Reigning Sound LP 'Love And Curses'.

Golightly, Holly
Do The Get Along

Awesome J'haybers
Get The Fuck Out! Story Of A Man

Mfc Chicken
Live At The Flesh And Bone