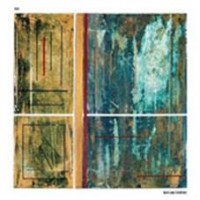 Another album of sprawling neo-psychedelia, encompassing traditional European folk to sub/-uharan African music, 'Maps and Territory' is the third record from Juju and sees them double down on their 'regular' formula. Sometimes they even touch on 'whisper it now' jazz. Features Goatman from the band Goat, who I can only assume is the band's dad.

Juju
Our Mother Was A Plant