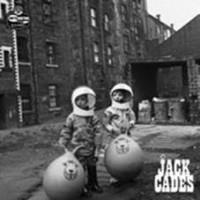 The Jack Cades were born in late 2017 when Mike (Lead Guitar, Vocals) and Elsa (Rhythm Guitar, Vocals) decided to record some of their songs at Mole-s (Drums) notorious State Records Studios in Folkestone, Kent. They invit/ed John Gibbs (The Masonics, The Wildebeests) to record bass on some of their songs at the time, which resulted in a mini debut LP @Music for Children". At first, the band wasn-t sure if it could work full/time as everybody was pretty busy on the Garage&Soul&Freakbeat&other undefined musical genre scene. Mike, Mole, and Elsa were all in other bands (The Baron Four, The Embrooks, The Galileo 7, The Missing Souls...) But, after recording, it wasn-t a difficult decision to make. It sounded too good! The Jack Cades had to play live! They then had the brilliant idea of asking the lovely Alexandra (peedball Jr) to join them on bass. The Jack Cades is a mix of a shared passion for inspirational sounds such as 1960s Garage bands, Snotty Punk from the 1970s, Sun/kissed sweaty Rhythm n- Blues, and a lot of inspirational people.

Trixie And The Trainwrecks
Too Good To Be Blue/get Busyliving

Sound Reasons
Walk With My Shadow