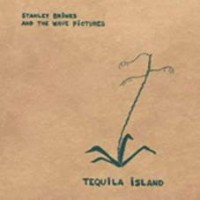 Stanley Brinks is joined by The Wave Pictures for their fifth album together, and their first since 2015-s 'My Ass'. To anyone familiar with Stanley Brinks- huge discography (more than 100 albums!), 'Tequila Island' might sound more raw and less sophisticated than some of his other recordings. It's still rich in jazzy sounds and original structures, but the songs are looser and full of playfulness, while the lyrics carry their essence.

A Certain Ratio
Up In Downsville (2lp)