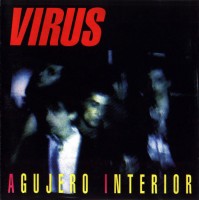 Virus is probably one of the most important bands of Argentinian Rock and New wave bands from the 80's. This classic album is re-issued on vinyl 36 years after for the first time in a limited edition of 500 copies. REMASTERING on Vinyl: Angel AlvarezBAND MEMBERS: Lead singer and chorus: Federico MouraElectric guitar & Backing vocals: Julio MouraPiano, Synthetizers & Chorus: Marcelo MouraGuitar: Ricardo SerraBass: Enrique MugettiDrums: Mario SerraVirus was recognized in the 80s for their modern and powerful new wave sound and their peculiar aesthetics on stage achieving a defined personality and a special place in the history of the Argentinian rock. The sound of this album is more powerful than the others. The band described this work as "the most rocker" of the group, and probably could be the best of their career. After this album they became massive. At the end of the 80's there was a turning point on the career of the band due to the death of the original lead Singer Federico Moura in 1988.The record came out on 1983 in Argentina including 11 songs. The focus tracks of this record are: "En Mi Garaje", "Hay Que Salir del Agujero Interior", "El Probador", "Qué Hago en Manila" and "Carolina". TRACKLISTSIDE 1A1. En Mi GarageA2. El ProbadorA3. Hay que salir del agujero interiorA4. Qué hago en manilaA5. Ellos nos han separadoSIDE 2B1. Juegos PostergadosB2. Buenos aires smogB3. CarolinaB4. Mundo EnanoB5. AutocontrolB6. Los sueños de Drácula