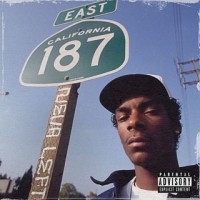 Snoop Dogg is a legendary personality. He burst on to the scene in the early 90's and stole the show with his appearances on Dr. Dre's classic album, The Chronic which cemented him as a prominent figure within the halls of hip hop. Since then he has gone on to release multiple platinum albums, star in major motion pictures, and even host a TV show with the one and only, Martha Stewart! In 2017, Snoop releaed the album, Neva Left which was a call back to the style that gained him notoriety. Packed with features from the likes of Too $hort, Wiz Khalifa, K CAMP, Nef The Pharoah, Devin the Dude, KRS/One, Redman, Method Man, BADBADNOTGOOD, Kaytranada and more.