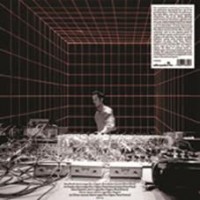 Alternative Fox delivers a landmark release in the history of minimalism with a live performance documented from one of the genre's key figures - Steve Reich. Recorded live at Berkeley University in the 1970s (home also to key minimalism figures Terry Riley and La Monte Young), this performance sees Reich deliver some of his now legendary compositions, such as the shifting tape-loop experimentation of My Name Is, whereby vocals are cut up, looped and played at different speeds to create constantly shifting combinations. Similar to his It's Gonna Rain, it's utterly disorientating and makes for an absorbing listening whilst doffing a cap to cut-up techniques championed by early Dadaists and later Brion Gysin and Burroughs. The two-part Piano Phase demonstrates the effects of playing minimalistic notes on two separate pianos at slightly different speeds, so the two drifting an out of phase with each other. The effects are highly meditative, causing subtle rhythmic mutations throughout the piece, whilst Phase Patterns explores a similar technique albeit with a grainer electric organ. Last but not least, Four Organs explores the effects of sustained chords on multiple organs, set amongst a perpetual maraca, whereby the combination of interlocking chords on the separate instruments amalgamate to form a dense, textured tonal tapestry.

Various
Seito - In The Beginning, Woman Was The Sun

Coleman, Ornette Quartet
This Is Our Music