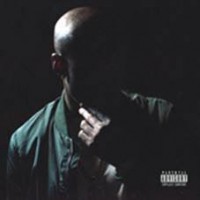 'Shadow Of A Doubt' is based off Freddie's experiences in both the dope game and rap game. It-s the soundtrack to driving around Los Angeles at night - the dark side of the supposed glamorous life. One foot in the booth, one foot in the street. It's a gangsta-rap-neon-noir film on wax about a man coming of age, overcoming the odds, and trying to make a better life for himself and his family.This album taps some of today's top talent as guest MC's and as producers with features from E-40, Gucci Mane, Black Thought, Tory Lanez, Manman Savage and Dana Williams, with production from Kaytranda, Boi-1Da, 808 Mafia, and more. As this past year has shown, Freddie Gibbs is a force to be reckoned with, as a one of the only rappers that has the streets and blogs fully activated and behind him, Freddie Gibbs continually shows that he's one of the best in the game, beyond a Shadow of A Doubt.

Gibbs, Freddie
Shadow Of A Doubt