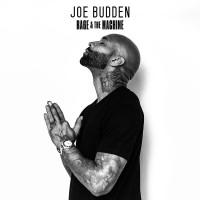 Joe Budden is one of the mainstays of rap. Originally hailing from New Jersey, Budden entered the game after heating up the streets via mixtapes that made the rounds, and eventually caught the attention of Def Jam recordings. After a successful stint there, and a Grammy Award for "Best Male Rap solo Performance" for "Pump It Up", Budden parted ways and soon after formed the supergroup, "Slaughterhouse" alongside Royce Da 5'9",Joell Ortiz, Crooked I, which were signed to Eminem's, Shady Records. After a slew of releases and starring 2 successful shows on VH1< "Love & Hip-Hop> New York", and "Couples Therapy", Joe Budden's brand has never been bigger. Throughout the summer he dominated headlines and timelines via an open and running dialogue with Drake, a dialogue that has resulted in millions of Soundcloud and Youtube streams. With momentum at its peak, Joe Budden returns with his highly anticipated new solo album Rage & The Machine.Rage and the Machine, is produced entirely by super producer, AraabMuzik and features the likes of Tory Lanez, Fabulous, Joell Ortiz, and more. The music, as Joe describes it is for listeners who still appreciate lyricism with an updated twist. Backed by AraabMuzik's sonic landscape, the album delves into Joe's life, thoughts, and perspectives. Budden, never one to shy away from the spotlight announced the album via Complex.com by jumping out of a plane.