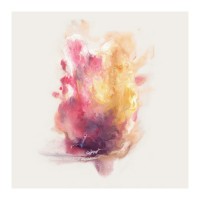 Returning to Greg Anderson's Southern Lord for a third full length, Canadian experimental rock three piece BIG/BRAVE decided that, at a fork in the road, the best approach for them would be to go back to the blueprints of their conception and to focus on minimalism, tension, space and voice. 'A Gaze Among Them' is the result of the band having not just grown but matured. Features guest appearance from Thierry Amar of Godspeed You! Black Emperor.