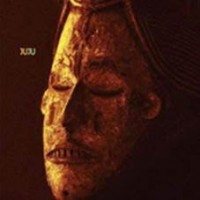 Originally released in 2015, the debut-album by Sicily-based Juju, a.k.a. Gioele Valenti (Lay Llamas, Herself), offers a mixture of rhythmic psychedelia, ancient myths and Mediterranean neo-paganism. The album now gets its deserved reissue on 180-GRAM TRANSPARENT YELLOW VINYL. This edition is limited to 300 hand-numbered copies.

Juju
Our Mother Was A Plant

Mamuthones
Fear On The Corner

Yen Pox
Between The Horizon And The Abyss (2lp)