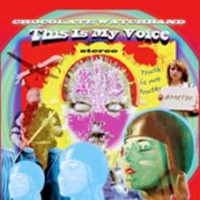 Repress!!! Breaking out of the West coast counter culture scene of the 1960s, The Chocolate Watchband, influenced by the British Invasion sounds, shook with an intensity and drive that saw them drench themselves in psychedelia while at the same time foraging an early proto-punk trough. Their influence has proved more potent than their sales were at the time, overshadowed by other groups and ripped off by music fat cats, theirs is a tale of returning to the stage to find that their fanbase has grown in the intervening half a century. So, sit back and take a ride with one of the original voices of the psych garage-rock scene.