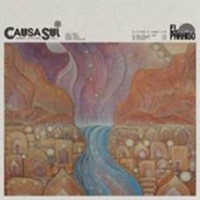 Causa Sui's three volumes of -Summer Sessions-, originally dating back to 2008 and 2009, are back in print as individual LP's! Initially meant as a side project, these three albums came to define the band's sound and style, and have become modern classics of psychedelia and progressive rock since their initial release. This is -VOLUME 1-!

O.r.k.
Soul Of An Octopus