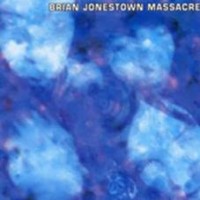 Back in stock. Redolent with the spirit of such high priests of effects and delay as Loop, Spacemen 3, and My Bloody Valentine, not to mention a fair dollop of the Jesus and Mary Chain . Methodrone clearly is the sum of its influences. Thankfully BJM does a very solid job with them throughout the album's course of over 70 minutes. The Brian Jonestown Massacre is a psychedelic rock band originally from San Francisco, California, led by guitarist/singer Anton Newcombe. Since 1995 The Brian Jonestown Massacre has released numerous albums, first for Bomp! Records, the label which gave them their start, and later for TVT and Tee Pee. BJM has been essential in the development of the modern U.S. garage scene, and many LA and SF musicians got their start playing with Newcombe, including Peter Hayes of The Black Rebel Motorcycle Club.