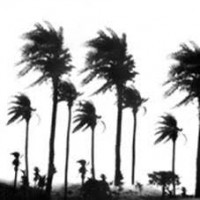 Magazzini Criminali can be considered one of the most important experiences in Italian Post Avant garde theatre of the -70s and the '80s. Back in 1980 the group gave birth to one their widely acclaimed and most representative works. Crollo Nervoso was a real Post Modern Opera, a complex and multi layered work based on the transfer between different Art languages and aesthetics. A deep mixture of Avant Rock, Burroughs's Cut Up, science fiction, body art, glamour and a hint of porno. On stage actors move obsessively and creating some highly repetitive sequences that show a clear "Rock" approach. Musically we are in front of a great hybrid where electronics, tribal funk, ambient and Blues interact with actors excited voices and "stolen" fragments from the musical works of Eno, Fripp, Jon Hassell, Miles Davis and others. More than a Pre/Plunderphonics kind of work, Crollo Nervoso is a definitive re-invention of the soundtrack concept in relation with text and drama. Originally released in 1980 (on black or white vinyl) by Italian Records, Crollo Nervoso stands as a unique sound art object that finally sees the light again in all its multisensory eclecticism.