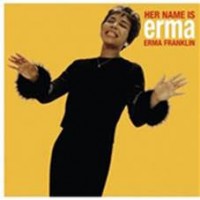 Erma Franklin was born in 1938 in Shelby, Massachusetts, but was raised in Detroit, Michigan. Erma grew up singing in the church, like so many other R^B and soul greats of the time. After recording backing vocals with her sister, Erma got the chance in 1962 to record her debut LP. Though she would only record one more album and retire from music entirely in the 1970s, this debut shows a singer just as talented as her more famous sister.

Worrell, Bernie
Pieces Of Woo - The Other Side (2lp)

Brooks, Jc & The Uptown Sound
Baltimore Is The New Brooklyn