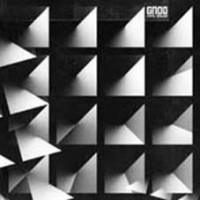 In more than a decade on the planet this singular Salford/birthed entity have married intrepid musical exploration with psychic fearlessness / not to mention a tendency to leave any tag or bracket one attempts to place on them utterly redundant. In a sense, the latest adventure bearing this title evolved both from the lengthy European tour that the band embarked upon in the wake of their stripped/down and paint/stripping 2017 opus Just Say No The Psycho Right/Wing Capitalist Fascist Industrial Death Machine. Recording in Supernova studio in Eindhoven with Bob De Wit, the band found themselves free not only to lay down two tumultuous tracks that they had been honing and hammering into shape on the road / the pulverising fifteen/minute opener onovan's Daughters' and the bracingly brutal ncle Frank Says Turn It Down' / but to sculpt more abstract material, utilising dubbed/out repetition, furious riff/driven rancour, bleak soundscapes and experimentation to create an invigorating tableau of dys/topian dread and unflinching intensity. Wherever Gnod go in 2018 and beyond, expect reality to be reinvented anew, whatever the consequences.