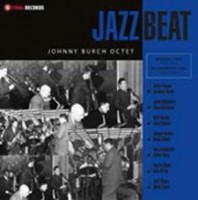 Johnny Burch is probably best-known for songs he wrote in 1963 for Georgie Fame such as "In The Meantime" and "Preach and Teach". This was at a time when the boundaries between modern jazz, rhythm and blues and beat music were being broken down at such places as the Flamingo and the Marquee. For a few months, Burch was leader of a group that included several musicians who found fame in the blues and rock scene of the late 60s such as Graham Bond, Dick Heckstall-Smith, Jack Bruce and Ginger Baker. Side One of this LP features the earliest-known recordings of Bruce and Baker together in a live broadcast for the BBC from March 1963. Side Two contains five tracks from a session that Burch's 1965 lineup recorded for Band Beat. Burch was never a major figure in the London jazz scene but this collection highlights his group's unique role which acted as a bridge between modern jazz and the nascent British R&B movement.