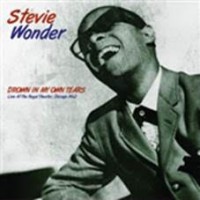 Wonder, Stevie
Drown In My Own Tears-live At The Regal

"LIVE AT THE REGAL THEATER, CHICAGO 1962" Practically the entire world has heard Stevie Wonder's performance from the Motortown Revue show at the Regal Theater in Chicago in June of 1962, they just might not know it yet. That's because the electrifying, hit version of "Fingertips Pts. 1 & "- was recorded at that fateful gig. Included here is that hit performance along with the rest of Wonder's show that evening, a night that he and the backing Motortown band were absolutely ON FIRE.