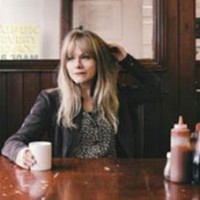 After a teenage stint as a riot grrrl, Lucy Kitt has turned to the music that inspired her pre-rebelion years> Joni Mitchell, Neil Young and Bob Dylan as the blueprint for her new album 'Stand By'. The album recalls tales of the times she spent playing live in East-end pubs with her riot grrrl band, Ostara, her experiences of Canterbury University where she honed her songwriting craft and the highs and the heartbreaks along the way.

Sister Rosetta Tharpe
Up Above My Head

Johanna, John
I'll Be Ready When The Great Day Comes