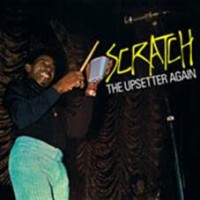 "The inventive record producer and vocalist Lee cratch' Perry was involved in every musical shift of note in his native Jamaica, from the rhythm and blues that pre/dated the arrival of ska in the early 1960s through the slower and more spacious rocksteady style that appeared middecade and, of course, the frenetic sound of reggae, which he helped to birth as an independent producer during the late 1960s. Operating as he Upsetter' from his base in a downtown Kingston record shop, Perry found his greatest success with instrumental music during this phase, the organ and saxophone re/castings of standard vocal issues proving exceptionally popular overseas.

Upsetters
The Good, The Bad And The Upsetters

Perry, Lee
The Upsetter: The Life And Music