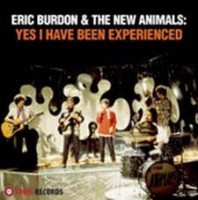 Burdon, Eric & The New Animals
Yes I Have Been Experienced

In 1967, a Swedish Radio station, Radiohuset, in Stockholm inaugurated a programme they called 'Tonárskvill', or 'Teenagers-Evening' featuring live concerts by international groups. Artists such as Hendrix, Cream, the Move, the Byrds and Traffic all performed at Radiohuset during 1967 and 1968, and we present here one such concert from January 1968 by Eric Burdon & The New Animals. The gigs have been rebroadcasted many times since and the sound quality is consistently top-notch.

Squires
Going All The Way With The Squires (+7")

Various
Back From The Grave Vol.9