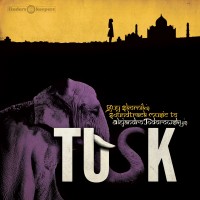 This is Guy Skornik's score to Alejandro Jodorvsky's film Tusk which was released in 1979, not another complete cover of Fleetwood Mac's album, Tusk, which was also released in 1979. This score is synth-driven space-age pop which, at the directors request, is intense and experimental. Features Steve Hillage on guitar.