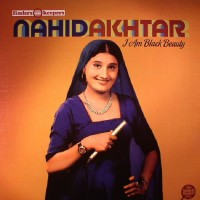 Lollywood film music is occasionally overshadowed by its biggest neighbour, Bollywood. However, straight out of Lollywood's Am Black Beauty' is the films' soundtrack that has been remastered and released on Finders Keepers' who have a habit of plucking quality soundtracks out of Asian films and making them even better. Nahid Akhtar's I Am Black Beauty is available on Vinyl LP.