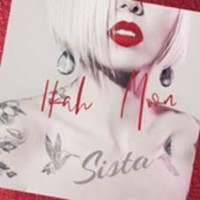 Penelope Socola aka Ikah has been one of Spain's R&B icons since her debut album "Calma" (2006) and her second album "Buenas intenciones" (2009) came out. These records became classics of the recent history of Spanish soul. In the past few years she has been reactivating Madrid's R&B music scene, running live jams at the hottest venues in the city and playing with her band "The Soul Commanders", with which she released an album called "Gotta get out". It's time now for Ikah to embark on a new solo adventure: Vinilos Funk Records releases her first single vinyl record: new sounds with the elegance that defines her. TRACKLISTSIDE ASistaSIDE BLa Tarara

Weldon, Maxine/peggy Woods
I'm The Other Half You/you'd Better Be Good To My Baby

Hooper, David & The Silverbacks
It's My Turn

Lady Wray
Piece Of Me/come On In