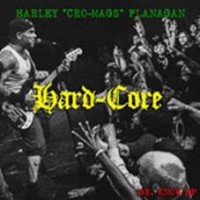 Harley Flanagan-s solo recordings from 1982/1983. The Cro/Mags are without a doubt, one of the most influential New York Hardcore bands of all time, and these are the first demos ever recorded by the sole founding member of the band. The tracks were recorded at the Song Shop in 1982 and finished in 1983. By 1984 the Cro Mags played their first show. These are the demos that started it all!