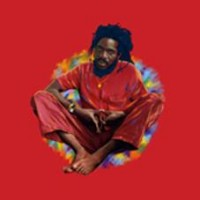 The ultimate tribute project with all exclusive new recordings featuring the new breed of jamaican stars and upcoming artists like Chronixx, Jah 9, Iba Mahr, Jesse Royal, Kabaka Pyramid, Ikaya, Exco Levi and exciting bands like Raging Fyah or No-Maddz. Also paying tribute are the international known and established artists Jah Cure, Maxi Priest, and Gyptian, Richie Spice, with also the veterans Freddie McGregor and Mutabaruka being on board. All tracks have been recorded with producer legend Clive Hunt, who also appears with two instrumentals as the VP Hit Team. "We Remember Dennis" comes as 2LP-vinyl set with 20 tracks available including high-quality printed inner sleeves presenting sleeve notes and images! "We Remember Dennis" is a celebration of the life and music of Dennis Brown, proclaimed one of the top 50 voices of the 20th Century! He is also one of the most influential vocalists among reggae musicians and was noted to be Bob Marley's favorite singer. His iconic status and pivotal place in the history of reggae music is highlighted by the range of contemporary artists and power in the musical selections on the album. The two-disc longplayer blends romantic love songs and ballads with roots and revolutionary songs made famous and (mostly) written by Brown, with all tracks recorded with producer legend Clive Hunt. Dennis Emmanuel Brown was a spokesman for the people of Jamaica and the diaspora and his message is a vital today as when these songs were first recorded. His voice and his music are with us and we remember Dennis Brown (born 1st February 1957 - r.i.p 1st July 1999) - his music will will forever!Tracklising 2LP-Vinyl SetSide OneA1. I Need Your Love (Rasta Children) - Iba Mahr, Jesse Royal, Chronixx, Keznamdi, Exco Levi, Kelissa, Jahmeil, Kabaka Pyramid & Rockaz ElementsA2. Don't Want To Be No General - BushmanA3. Promised Land - The GreenA4. Milk And Honey - Raging FyahA5. Created By The Father - Christopher EllisSide TwoB1. Words of Wisdom - Marla Brown feat. MutabarukaB2. Little Village - Freddie McGregorB3. Bloody City - Jah 9B4. Wolves And Leopards - Richie SpiceB5. To The Foundation - VP Hit Team (aka Clive Hunt)Side ThreeC1. Caress Me - Romain VirgoC2. Have You Ever - Marsha AmbrosiusC3. Rocking Time - No-MaddzC4. Love Me Always - Maxi PriestC5. Your Love Got A Hold On Me - SanchezSide FourD1. If I Had The World - KatchafireD2. Ghetto Girl - Jah CureD3. How Can I - GyptianD4. No More Will I Roam - Dalton HarrisD5. Love Has Found Its Way - Jamelody & IkayaD6. Silhouette - VP Hit Team (aka Clive Hunt)