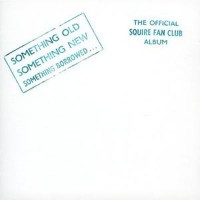 The Fan Club Album was issued on November 1982. Housed in a plain white sleeve with just rubber stamps printing on front, it featured different studio / demo versions of Squire songs, coupled with a live recorded B-side that captured the sound and excitement of an 'on stage' performance. It was thought this way to offer the fans who lived far-and had no chances to see the band onstage-a close idea of what was a sweaty, smokey, rough live gig. Squire had a registered fan club membership of over 1500 members by those days, and this LP was originally only available through the fan club."The Fan Club album was a chance to share with fans songs that would have remained overlooked were if not for them, and for that Im eternally grateful!" - Anthony MeynellIf you like The Who, The Kinks, The Byrds, Big Star, The Jam, Secret Affair or The Chords, you'll love Squire!It comes with remastered sound and features a colour Postcard & insert with photos and liner notes written by Anthony Meynell himself. Limited to 500 copies only.