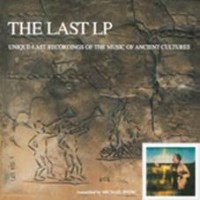 For the first time after the 1987 Art Metropole's release, the legendary The Last LP by Michael Snow is now available on vinyl! The album is an extraordinary collection of tracks "of rare music derived from threatened, obsolete, or now-extinct cultures from around the world" that although the claiming of being field recordings of ancient musical experiences, are in fact pieces played, conceived and recorded by the artist himself. As it was for "Music For Piano" (CY999), with this issue the Canadian artist further developed his conceptual investigation around the object-LP where the single elements (the record, the music, the text and the jacket) are so indissolubly intertwined to create what the artist calls a "sonics/sculpture/text". Partly motivated by the announced obsolescence of the vinyl format, The Last LP is also a critical reflection on the impact of new technologies on the relationship between played and recorded music. Song Cycle Records is honoured to announce the release of this album in a limited edition reprint on vinyl, remastered sound from the original tapes and with a faithful reproduction of the original artwork. Limited edition of 500 copies.

Shepp, Archie
A Sea Of Faces

Silver, Horace Quintet
Doin' The Thing At The Village Gate