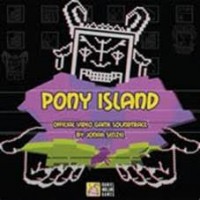 ]]The bubbling 8bit soundtrack will come on limited edition 180 gram clear and audiophile 180g black vinyl. ]]The artwork was exclusively designed by the game-s creator Daniel Mullins. ]]The soundtrack comes with a Steam code, which can be used to download full game as well as the mp3 version of the soundtrack on Steam. Composer Jonah Senzel on the soundtrack> @Pony island is a game with two distinct faces> the cheerful outer facade, and the evil lurking under the surface. Most of the soundtrack is based around this idea of the @devil within@ that-s present throughout the game. The most fun part of writing the soundtrack was composing really over the top cheerful cutesy Tracks for the cheery sections and then turning around and getting as gritty and evil sounding as possible for the devil sections. For the happy sections I channeled my inner children-s TV composer using fun, light and bouncy melodies played on old school 8bit synths as well as real instruments like the ukulele. For the demonic sections I also took a lot of inspiration from classic video game chiptune sounds, but I modified them to sound like they were glitching or broken in some way. Compositionally I incorporated some elements that connect back to the game-s main theme, like the use of augmented fourths within chords Which were banned in earl classical music since they were thought to be the ????????????????????????????????????????evil-s interval-. Overall it was really exciting to write for such a unique and interesting game. I-d like to thank Daniel Mullins for creating the perfect world for this crazy soundtrack to live in.@ A trippy and unique experience that will make the player desperate and stunned at the same time. Pony Island is probably most enjoyable when played without knowing what to expect. Without giving too much away, it can be said that the game works mostly on the meta/level and it will take some time to figure out where the story is heading. A marvelous game for long and sleepless nights that will leave you pondering and amazed, while enjoying it-s varied music that perfectly fits the constant ups and downs of cheerful and vicious moments. For more information on the game visit www.pony/island.com ,A dynamic and bubbling tribute to 8bit melody that stands comfortably alongside the likes of Undertale and Shovel Knight in its inventiveness and listen/without/playing/appeal.@ / VICE Gaming @It-s presented like an 0s Macintosh nightmare, on a smudged, smeared monitor...@ / IGN 9&10