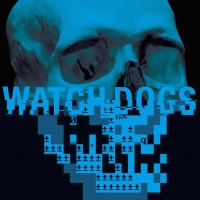 Following on from the phenomenal success of their Record Store Day 2014 release of FAR CRY 3: BLOOD DRAGONs Original Game Soundtrack, Invada Records are proud to partner with Ubisoft Music and dive once again into the world of video game soundtracks with the release of Brian Reitzell's musical score to the highly-anticipated open-world adventure game WATCH_DOGS. ith people around the world taking the day off work on the game's release, to play what is sure to be contender for 2014's most popular gaming title, this is a huge accomplishment for Invada to land this album and a chance to introduce their high production values and love of vinyl to a far wider audience. Full of infectious beats and atmospheric, retro-futuristic synths, the score is a further achievement from composer Reitzell, who has previously written music for the highly-rated U.S drama series HANNIBAL as well as working on multiple scores with acclaimed director Sofia Coppola, the latter of which has featured collaborations with French band AIR and Kevin Shields of famed alt-rock band MY BLOODY VALENTINE. WATCH_DOGS presents a dark and dangerous journey through an alternate version of Chicago, where ultra-hacker Aiden Pearce seeks to redeem himself after causing the death of his niece. Using the concepts of artificial intelligence and information warfare, the game brings technological relevance to a Grand Theft Auto-style open world in the tradition of the revered science fiction of William Gibson and Philip K. Dick. To represent the varied challenges of the game, Reitzell brings an eclectic feel to the score, with thumping beats and off-kilter melodies of the club scene juxtaposed with the more ethereal and atmospheric synth and guitar, evoking the music of Vangelis and Brian Eno - ideal for a post-noir cyberpunk game. There's also an introspective and emotional feel to the score as required by the game's story, which is reflected in the album's sequencing, providing a well-rounded narrative-driven musical experience. As a special preview, Invada have put together a Soundcloud sneak peek to give soundtrack and video game fans alike a taste of the great things to come from the album