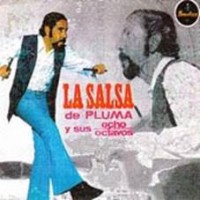 Back in stock!!!Group created in Colombia by the Mexican Humberto Pabón, who was in the 70s singer of the cumbia group of Aniceto Molina, also had another group that was called Pabónny and his Group.It is a cult album, with various rhythms such as Guaguancó *El que mando y voy, Que no me quieres na-, La Soledad, Palomitas de Maíz(, the Descarga *Lo que yo quiero(, the Son *El Enterrador(, the Papelón *A la caseta( and the Bomba *El Muerto, El Cachumbembé(, played with great force.In its instrumentation stands out the set of winds conformed by saxophone and trumpets.Among the vocalists that participate in this production are Yary, Atomore and Harry Haukins.Recorded in Medellín in the @Luis Uribe Bueno@ studios of Sonolux.

Various
In Search Of The Cool Special Price