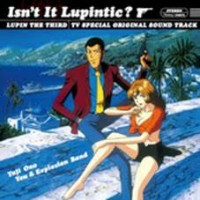 Yuji Ohno is a Japanese jazz musician born in 1941. He's principally known for his musical scoring of Japanese anime/television series, of which Lupin III and the feature film The Castle of Cagliostro are his most well known works. Ohno is also well/known as a member of a jazz trio with bassist Miroslav Vitous and drummer Lenny White. The tracks collected here for Lupin The Third> TV Special are oozing with seventies cool, exemplified by opener heme From Lupin III'> the snares shuffle, the pianos tease and the upright bass walks with all the swagger of a French master thief. Great funky tunes from the Japanese jazz master!