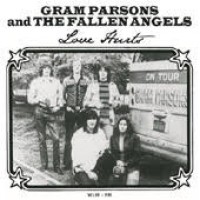 Following a year of disappointing sales and critical reception, the Dan started out 1974 with a bang, releasing their third long player, Pretzel Logic, to overwhelming critical and commercial success on the heels of its hit single, "Rikki Don't Lose That Number". On tour to support that album, the group rolled into rock and roll mecca, Memphis, in April and proceeded to blow the lid off the town. In a stunning live set that includes killer renditions of all-time cuts like "Do It Again", "Dirty Work", and "Bodhisattva", Fagen and Becker prove that they aren't just studio wizards who write witty and sardonic tunes, they are live rock and roll gods as well. Unbelievably great live set from the best band of the '70s, available on CD in high quality remastered sound.Track list:1. Bodhisattva 2. The Boston Rag 3. Do It Again 4. Funky Scare Tactic Orchestra Blues 5. Brooklyn 6. Your Gold Teeth II 7. Rikki Don't Lose That Number 8. Pretzel Logic 9. Dirty Work 10. Reelin' In The Years 11. Show Biz Kids (Encore)